You are here: Home » Team

The 38 North Solutions team believes in a bipartisan and collaborative approach to client work that draws upon our full range of unique talents, experiences, relationships, and skill sets. We know that, by working together, we can develop the best-rounded and most informed approach to providing solutions for the policy and communications needs of our clients.

The team maintains strong relationships with the White House, Congressional leadership on both sides of the aisle, the Departments of Defense, Energy, Transportation, and other key federal agencies, as well as influential NGOs and think tanks and other relevant organizations in Washington. In addition, 38 North Solutions has relationships and experience in state legislative and regulatory policy across the U.S. and globally. 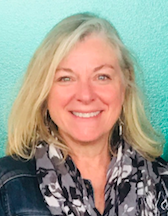 Katherine is Chair of 38 North Solutions. An international clean energy policy expert, Katherine was an original and longtime host of The Energy Gang podcast and is now a regular contributor to The Carbon Copy podcast. She was recently listed as one of Washingtonian magazine’s 500 most influential people. Katherine has led several councils of the World Economic Forum as a global policy and technology thought leader and is currently Chair of the Global Future Council on Clean Electrification. Katherine serves on the Board of Greentown Labs and is an independent member of the Board of Madison Energy Investments. During her tenure as President of the GridWise Alliance, Katherine advocated for smart grid funding in the Obama Administration’s Recovery Act. Prior to that role, Katherine was a policy advisor for Good Energies, Inc., a private investment company with a portfolio in clean energy technologies of nearly $6 billion. She co-directed the American Bioenergy Association, working with the states of Maryland and New Jersey to develop renewable portfolio standards. At the National Renewable Energy Laboratory (NREL), Katherine helped lead buildings energy and water programs and then managed government relations in Washington, DC. Katherine spent a decade at Virginia Power, designing grids and managing commercial customer projects. Katherine studied electrical engineering at Northern Virginia Community College and holds degrees from Cornell University and the Sorbonne. Katherine was previously profiled and listed on the #Solar100 board by kWh Analytics and received a Cleanie Award as Entrepreneur of the Year.

Connect with Katherine on LinkedIn 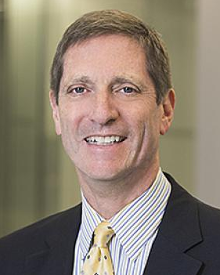 Dave Hoppe
Dave is Senior Principal at 38 North Solutions. From his early days crafting President Reagan’s tax reforms to his most recent role as Chief of Staff to Speaker Paul Ryan, Dave was advisor and strategist to the most powerful Republicans in Congress, including Trent Lott, Jack Kemp, Dan Coats and John Kyl. With more than 30 years at the epicenter of the Republican legislative agenda and conservative thought leadership, Dave holds the distinction of being the only person to serve as Chief to both the Speaker of the House and the Senate Majority Leader. His experience and perspective provide invaluable insights into the issues facing the current House and Senate, Budget Act and reconciliation, defense spending, infrastructure spending, and other issues. From a conservative’s take on the latest moves by the Trump administration to how recent Congressional actions will impact the economy, healthcare, tax reform, business climate and a panoply of topics, Dave provides actionable analysis and historical context to clarify the most important political, economic and governance issues of our time.

Dave is known for working with political personalities on both sides of the legislative aisle, in Congress and six White House administrations. Of all of his accomplishments, Dave considers the passage of the reauthorization of the Individuals with Disabilities Education Act of 1997 as a singular achievement. By developing a bipartisan Senate-House team that worked with the Clinton Administration outside of the normal committee process, the bill passed with the support of all involved.

Known for getting things done, Dave is a respectful, optimistic voice in an era of increasing partisanship. Combining his Washington experience with a keen understanding of the issues and concerns facing corporate America, including the investment community, Dave brings the invaluable perspective of someone who has been at the table, time and time again, when critical decisions were made. He provides increased insight into the inner workings of Congress, the White House, and how today’s key players and legislation will affect everyone’s future. 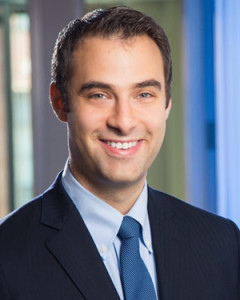 Isaac Brown
Isaac is Managing Partner at 38 North Solutions, with extensive public policy experience in both the public and private sectors. Before 38 North, Isaac served in senior roles as Committee Staff, Legislative Director, and Floor Director to the Chief Deputy Whip of the U.S. House of Representatives, where he was part of one of the most successful leadership operations in recent memory, earning passage for significant pieces of legislation including the Waxman-Markey American Clean Energy and Security Act, the Dodd-Frank Wall Street Reform Act, and the Patient Protection and Affordable Care Act.

Isaac previously worked as Committee Staff for Representative Henry Waxman (D-CA) and has also served on several national campaigns including John Kerry’s campaign for President in 2004 and President Obama’s campaign in 2008.

Isaac holds an undergraduate degree from Clark University and Master’s in public policy from Brown University.

Connect with Isaac on LinkedIn